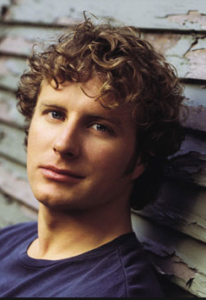 I’ve been working hard on a new shortish story that will fall after the last book in the Evolution Series. I say “shortish” because it will definitely surpass the 10,500 words I wrote for Second Love: A Short Historical Romance Story. The short story phenomenon is surprising to me, but I had one of my most loyal fans – and a beta reader – tell me how much she enjoyed the little visit with Samuel and Ingrid in Second Love. Sometimes readers want a quick story over lunch or at bedtime that is started and resolved in the same sitting.

I am equally surprised that I enjoy writing these snippets that allow me to expand on characters who might not have an entire novel in them, but still have an interesting tale. Lately, I’ve been struggling to flesh out my characters for the story I am calling Little Witch, which will feature Nox (Theophilus’s stableboy) and a peasant woman named Salena, the younger sister of his childhood friend. They have taken their sweet time to gel for me, to let me see what makes them tick, to show me what each has to offer the other that makes it imperative for them to get together!

This week, they finally started to click, especially Nox. I’ve figured out that he is afraid of commitment. Maybe this shouldn’t be a surprise since he is a man, but in the romance genre, the hero is usually all-in once he finds the right woman. To remind you of his backstory from Vain, Nox lost his whole family when he was fourteen, and has seen other deaths since then, so he is unconsciously protecting himself from more pain. He still misses his family and does not want to risk another loss like that again.

I know that Nox is cute – see the screenshot I used to get a picture of him in my mind. He is capable. He is firmly part of life in Ribeauville now, and represents Theo’s interests out in the countryside. When that job brings him into Salena’s world again, what will happen?

What am I missing? What would you expect of Nox based on what you saw of him in Vain? How will he act with a woman who is both an attraction and a threat to his safe existence?

I don’t have any links to Second Love: A Short Historical Romance Story on the blog page yet, so here they are, in case you are interested in checking it out.