On First Sight Saturday, I usually feature a guest author, but this week I’m going to be my own guest and share the first meeting between Doeg and Philantha from Redeemed, the second book in my Evolution Series. If you haven’t read the series, Doeg is the villain from the first book, Unbidden. The first inkling of the difficult childhood he endured was given near the end of the first book, where I tried to create enough sympathy for him that readers would want to see if he could, indeed, be redeemed. 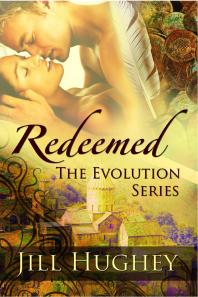 SETUP OF SCENE: Doeg has decided he needs a wife, strictly as a housekeeper. His idea of an interview is to see how she reacts to his filthy house. Philantha has been widowed, losing her status as mistress of her home, a purpose in life she misses very much. She has no romantic dreams, with only one requirement in a prospective husband that threatens the barriers Doeg has carefully maintained for decades. Other characters who appear are Philantha’s Aunt Begga, and her cousin, Guy, who is employed by Doeg.