My next book, Little Witch, book four in my Evolution Series, is with beta-readers right now, so I’m trying to spend the time I usually spend writing preparing for its release. As last week’s blog shows, I’ve been tussling around with my log line (one line description). I’ve also been fine-tuning the blurb that you’d usually read on the back. 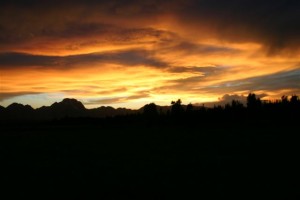 I had cotton-headed dreams of making my own cover but after a weekend of ineffectual stress I gave up and contacted Rae Monet so I can package my 49,000 words in something that doesn’t look like a photographic patchwork quilt. Hopefully in the next two weeks I can reveal my cover here.

But, who is Little Witch going to be about? If you’ve read the other books, you know that all the stories stand alone but tie together through a group of three Carolingian noblemen in the 800s. The most recent book, Vain, recounts Theo’s story. Little Witch will share the story of Nox, Theo’s stableboy. In Vain, we learned that Nox had been orphaned. He was eager to befriend Lily, a reluctant resident of Theo’s household.

We jump forward about 10 years in Little Witch to find Nox a trusted and beloved employee of the Lord and Lady Ribeauville. Because he lost his entire family in his youth, he keeps some distance between his heart and other people.

Our heroine, the little witch, is the younger sister of Nox’s childhood friend. Some cruel neighbors have labelled Salena as a sort of moon-charmer, making her an outcast from their entire community.

Salena was fun to write. I had decided I needed a heroine who actually had a family, so she has both her parents, an older brother, and a new sister-in-law in her household. I especially enjoyed creating the sibling relationship. Playing up the whole bossy older brother dynamic was fun! When she meets Nox, though, she longs for him to see her as she really is.  Not the annoying younger sister from their childhood games. Not a witch who played a role in the deaths of his family members.

With Lady Lily’s help, Nox does give Salena a chance….and the rest is in the novella, coming at the end of August!!