Normally on Saturday I host an author of a recently published novel. This week’s author stood me up, but to be honest, the timing is pretty good because I’m getting ready to start posting Becoming Mrs. Thornton, my sequel to North and South, the 1855 novel by Elizabeth Gaskell. I want to share the first meeting between Margaret Hale and John Thornton, partly because this scene is vastly different than the scene in the BBC mini-series. Quite frankly, I think the filmed scene, where Mr. Thornton beats up an employee for smoking in the mill, is the only point in the screenplay that does a real disservice to Gaskell’s characters and story. In the book, Mr. Thornton is strict, severe and shows a fiery temper at times, but he is never violent.

In any case, here is Gaskell’s original first meeting between Mr. Thornton, who owns a cotton mill in Milton, and the confident Miss Hale, a new resident in the area who is helping her father find a house to rent.

So begins the two years of tempestuous interactions between Margaret and John. If you are curious enough to read all of North and South, it is available in the public domain at http://www.gutenberg.org/cache/epub/4276/pg4276.txt and is also free at many ebook vendors. 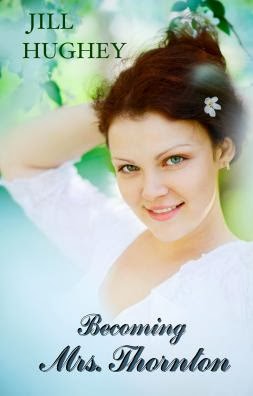 I am planning to start posting my sequel, Becoming Mrs. Thornton, on January 29, 2014 and will add a chapter weekly until all 23 are posted. (Each segment is only about 1,000 words, which may drive some of you crazy, but I want to make it last!)

2 Responses to North and South on First Sight Saturday