Each week I welcome a guest to share a first meeting excerpt. Today on First Sight Saturday, Tarah Scott shares a scene from her historical romance, To Tame A Highland Earl. Fun fact about Tarah: in her twenties she wrote and performed music. 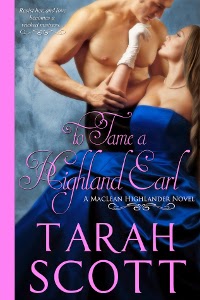