SETUP OF THE SCENE: Tristan, Marquis of Wrenworth, is a spy for the Empire, serving in Afghanistan; he’s returned home to claim the title & must marry, though he doesn’t want any of this; he’d rather return to the fight; Evelyn is returning to London Society at a ball, more so to help her friend claim a husband though she needs one. She’s afraid of men and the intimacy marriage will bring because she’d been ruined years before. Here they meet at the ball & he asks her to dance & she accepts. 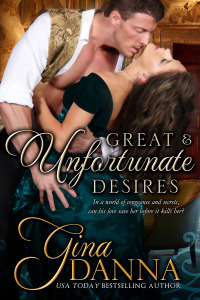 Tristan watched her small, white, leather-gloved hand come to rest on his. Even through the fabric, the stiff fingers cooled his warm palm. Interesting. She was an ice queen. He could hardly wait to learn whether her disposition was too. With lips curving into a grin, his fingers wrapped around hers.

“Enchante,” he murmured, the French churl flowed easily from his mouth. One of many languages he learned over the years. His specialty—an ability to pick up the common dialect of wherever he was. A gift he’d twisted for the sake of Her Majesty and the Empire…The darkness beckoned to him. Silently, he beat the demon back. Not here, not now!

An amazing feat, one he’d congratulate himself on later with drink in hand. He maintained his rakish grin and managed to avoid squashing her fingers while escorting her onto the dance floor.

Spinning her before him, he raised her hand and placed his other lightly on her back. She took her position, her other gloved hand attempting to raise to his shoulder. But her petite height and the confines of her gown with its off-shoulder neckline prevented her from reaching that high. Poor lady, he mused inwardly. Fashion could be such a devil. His grin grew.

The orchestra began playing a waltz. Tristan took a step to his left, guiding her with him. From the boning in her corset to the stays in her bodice, Evelyn’s clothing encased her upper body. She was shielded from the warmth of his hand, his arm and his chest. The fancy skirt, with all its material swept up in front and bustled and a horsehair crinoline underneath, also formed another barrier. For the love of God, dress the army this way and no harm would come to the soldiers. Tristan chuckled absently.

The lady frowned, an eyebrow raised. “Dancing with me makes you laugh?”

He glanced down and discovered her sapphire blue eyes sparkled. The Ice Queen’s question hinted at a sense of humor and warmth. It made him wonder whether she was warm in other ways as well. His cock twitched at this thought. Quickly he tried to recall the idea of her being an icicle before he embarrassed himself.

“Not at all, Miss Hurstine. Please accept my apologies. It was a momentary lapse of thought regarding the design of ladies’ clothing.” He twisted, bending her back for a split second over his arm and then back upright before him.

She gasped in surprise, stiff in his arms. He grimaced. So much for bed sport with her…Once again, another mental shake of his brains. A bride. An English bride to bed and produce a proper heir with, not another mistress. She appeared fragile, like a rose, but even with her floating in his arms, he sensed her backbone. There was a strength there, albeit well concealed. Strength to protect her from the rigor of the ton’s gossip and duplicity.

“You dance very well for a soldier,” her light feminine voice commented.

He blinked. She seemed to snarl the last word. His rose did not like the military. “But of course,” he began. “Officer’s learn well. We are gentlemen of the finest measure.”

Her blue eyes narrowed. “Of course, you would be an officer, considering your title. Please excuse me. I’m just not accustomed to…” her voice failed.

The tremor down her spine became noticeable under his touch. A look of fear flashed in her eyes and disappeared like smoke, a quick smile taking its place. It intrigued him because it was reminiscent of a mask, like the one he wore all the time. But what would a proper young English lady have to fear? Was she not here hunting for a husband? All smiles and charm, a promise of happiness in an angelic frame? The momentary anxiety that flashed in her eyes he’d seen before in the eyes of soldiers on the battlefield but not ladies at a ball.

He laughed, spinning her to the outer edge of the floor. Ah, yes, the question of whether he’d sold his commission was to be expected. He wouldn’t lie—he needed a wife, and the money marriage would bring to him would help extend his career, but no reason to tell her that yet. “I’ve gained a title, hence I need a wife.”

As they danced, she moved like quicksilver in his hands, flexible despite the stiff stays. Floating. Like a feather in the air. His ice queen warmed him inside.

“Then, my lord, you should ask Lady Sarah for a dance,” she commented, averting her eyes from his as they turned.

“Yes, she is truly a perfect match for you,” Evelyn said. “Don’t you find her beautiful?”

Tristan frowned. His partner was beautiful, stunning, even if she appeared cooler than London in January. He looked to where she was staring. Out of the corner of his eye, he saw the lady dancing with Harry. They appeared to be having a good time, laughing as they turned the floor. But then again, Harry never failed in getting others to laugh. No doubt he’d get Tris’ partner to as well…and that thought irked Tristan. He wanted to see her smile again. It was quite beautiful.

He glanced down at the woman in his arms as they made their final turn. “Yes, she is lovely.”

She gave him a pleased look and nodded her head. “By all means, you should ask her to dance, my lord.” And with that statement, as the music stopped, she stepped out of his arms and lifted her hand, waiting for his escort off the floor.

Quelling a glare at the twist of events, of being forced toward another, he returned her to the sides, bowed, thanking her for the dance and walked away befuddled and angry. Where was Northman and his brandy?

Where to find Great and Unfortunate Desires:

To learn more about Gina Danna, visit her on the web.

Melissa Snark is visiting today to tell us about her book, Battle Cry, and the Kindle Scout program. Who is Melissa Snark? Melissa Snark is published with The Wild Rose Press & as an Indie author with five unique titles: A CAT’S TALE, THE MATING GAME, LEARNING TO FLY, THE CHILD THIEF, and HUNGER MOON.  Her… END_OF_DOCUMENT_TOKEN_TO_BE_REPLACED

I welcome Vijaya Shartz on Medieval Monday to share book one in her Curse of the Lost Isles series, Princess of Bretagne. About the Curse of the Lost Isle series: From history shrouded in myths, emerges a family of immortal Celtic Ladies, who roam the medieval world in search of salvation from a curse… but if the… END_OF_DOCUMENT_TOKEN_TO_BE_REPLACED

This week on Medieval Monday, Jenna Jaxon visits with the Time Enough to Love serial novel.  This novel was released in e-book format as three novellas over the course of the last year. It is now available as one print volume as well. The series begins with Betrothal, and here is more about the story. Lady… END_OF_DOCUMENT_TOKEN_TO_BE_REPLACED

Historical Romance Network has a fun event going today to coincide with the time change. You know, the turning back of the clock I’ll forget about as soon as I finish typing this. To celebrate historical romances and our modern love affair with the selfie, post a picture of yourself holding your favorite historical romance, and add… END_OF_DOCUMENT_TOKEN_TO_BE_REPLACED