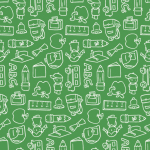 What could be better than understanding something complex? Than digging down into the nuts and bolts of “why”? I know some people don’t share my enthusiasm for science, but I’ve got to admit, I lo-o-o-ve geeky stuff.

I was logging onto my Yahoo account, minding my own business, when an article about Yellowstone caught my eye. Since my current writing project centers around an eruption of Yellowstone, obviously I had a professional obligation to read said article. And then read every article linked within said article. I even understood most of it, though the unit “microstrain” must have been invented since I graduated with my geology degree in 1989.

Many folks, when I mention Yellowstone, say something like “Oh, it’s so beautiful there, I can’t wait to go back,” or “Visiting Yellowstone is on my bucket list.” The eruption concept of my series fuels a few to admit worry about impending volcanic activity at the USA’s first national park. (They get an A for even knowing about the possibility. I recently had a reviewer who actually asked in the middle of the review if Yellowstone was really a volcano. As if I would invent that plot twist, and as if he/she couldn’t have answered that question with a five-second online search. Definitely not a geek.) For those of you now scratching your heads, here is a list of key talking points about Yellowstone. If you have geek-like tendencies, you might want to know more, which is why I’ll tackle some of these as single topics in 2015.

1. Yellowstone is, at its essence, a volcanic caldera. That’s why it’s hot and steamy, like a great romance hero.

2. The potential of Yellowstone is massive. It is part of an elite club known by commoners like us as super-calderas. There is no firm definition of what constitutes a super-caldera, but to even apply to the club, a volcano must have emitted in a single eruption at least three hundred cubic kilometers of stuff. (Picture a solid block with each edge long enough to reach from New York City to Baltimore, Maryland.) Some scientists hold the bar quite a bit higher, at one thousand cubic kilometers. Yellowstone has done all that and more, so it’s a gold card carrying member.

3. Volcanoes are just local events, right? Wrong. Remember the volcano in Iceland that screwed up air travel in Europe for several weeks in 2010? During it’s troubling second phase, it ejected one quarter of one cubic kilometers of stuff, or a cube with edges equal to something like the long side of a city block in Manhattan. That is a trifling sneeze compared to a super-caldera (see point 2.)

4. Yellowstone will probably not erupt, and is much more likely to do so in a small way, like a tiny garden wedding as opposed to the mass weddings of the Unification Church.

5. Though even Yellowstone isn’t monitored as overwhelmingly as curious scientists would like, we’ll probably have warning signs of a massive eruption, so as long as you have a go-bag for the southern hemisphere, you’ll be fine. Or you’ll at least survive longer than the rest of us.

6. Of course, Yellowstone isn’t the only super-caldera to worry about.  There are at least six known on Earth. If any one of them cuts loose in your lifetime, buckle up.

Curious enough to dash down the path of geekdom? Here’s the article that got me meandering into this blog post in the first place, or you can follow my blog so you know when I post the next fact-filled blast.

And here’s a link to my Pinterest board where I collected images for my series. There are some really impressive photos of volcanic eruptions! I definitely want to see an active volcano in person some day, though I hope it is one that is sort of gurgling along, like Kilauea, not a super-caldera with the potential to end life as we know it. 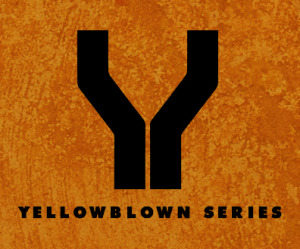