The beginnings of books are hard. Modern writers can’t often get away with pages of description, of guiding us into the setting and mood of the character. This is the favorite of my beginnings, featuring the hero of Redeemed, book two in my Evolution Series, who was the villain in book one and not a likable guy. I jump right into his head to show that, while he’s been working to change, he’s still prickly. Can a person really alter himself enough to go from being the bad guy to being the good guy? Some can. I mean, Doeg isn’t a sociopath or anything, he’s a man who has to stop feeling like a victim and admit he might deserve a little happiness in his life, if he’s willing to open up for it. We all know a real-life person like that. Maybe we each remember a fictional bad guy (or girl) we’d like to see smiling in a happy ending. Doeg was mine, so I wrote it for him.

Doeg’s requirements in a prospective wife seemed simple enough when he started the search. He had learned in the last three years to examine his goals and break them into finite steps of surmountable size. He’d done just that, determining his essential needs in a spouse and discarding all other considerations. For example, he would not demand wealth, having turned over a new leaf to be an independent man. Intelligence was not needed and in fact, could be much over-rated where a woman was concerned. He also did not care if she was graceful, well spoken, or religious. And physical attractiveness had no bearing on it whatsoever. She could be tall, gaunt, and toothless since he had no intention of looking at her very often. He would not insist on a particular age as long as she would outlive him because he could not imagine ever going through this again.

No, he never wanted to waste another ten months of his life in the apparently futile search for the one woman in Bavaria who could meet his two requirements, which at the beginning of the hunt last March had seemed so elementary he had expected to be married by April.

Travel to Bavaria in 834 where Redeemed combines the best elements of historical romance with an exciting new setting. Book Two in the Evolution Series. You can learn more about this series and me here. All the stories stand on their own, so if Redeemed has intrigued you, grab a copy!

REDEEMED – AVAILABLE AT THESE ONLINE STORES 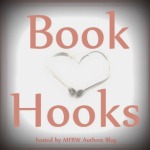 Thanks for checking out the Book Hooks hop. Make sure to use the “Click here” link below to find other participants!

Last night I was interviewed on Hummingbird Place, a fun place to find weekly romance news and listen to authors you may or may not be familiar with, all couched in a comfy, homespun environment complete with southern accents and “cyber-wine.” Host Donna Wright explored the topic of Virgin Heroes and Heroines with three authors. The character I discussed… END_OF_DOCUMENT_TOKEN_TO_BE_REPLACED

Here they are! Every Jill Hughey Romance book available! I created this post  –  copied it from my Love Historicals page to be honest  –  to reduce the clutter on the home page of the blog. Every book is here, and the icons beneath lead directly to the individual book at your vendor of choice. … END_OF_DOCUMENT_TOKEN_TO_BE_REPLACED

On First Sight Saturday, I usually feature a guest author, but this week I’m going to be my own guest and share the first meeting between Doeg and Philantha from Redeemed, the second book in my Evolution Series. If you haven’t read the series, Doeg is the villain from the first book, Unbidden. The first… END_OF_DOCUMENT_TOKEN_TO_BE_REPLACED

I’m so excited that Redeemed is part of the BOOK LOVER’S BUFFET, featuring 175 books all priced at $0.99 from many online vendors, including some wonderful historical romances you can find here. I’m providing a brief overview of each in the list below. Check them out! I’m sure you’ll see some delicious reads you can’t resist.… END_OF_DOCUMENT_TOKEN_TO_BE_REPLACED

Introducing the Book Lovers’ Buffet. Load up, you won’t gain a pound! The Buffet’s “Bouquet of Books” sale will be open May 1-3. More than 175 ebooks, all reduced in price to just 99 cents, including the second book in my series, Redeemed, on sale for the FIRST TIME EVER.  Save in categories such as Young… END_OF_DOCUMENT_TOKEN_TO_BE_REPLACED

Last week I posted the second portion of a scene of from my new release, Vain, and here is the rest of it. Lily, the abandoned daughter of a tailor, has just sworn to Theophilus, Lord of Ribeauville, that she indeed knows how to sew. As she made her promise she placed her hand on… END_OF_DOCUMENT_TOKEN_TO_BE_REPLACED

Here is the second portion of the first scene in Vain. Last week we saw Theophilus, Lord of Ribeauville, stop by a shop searching for a tailor reported as having been scarce for the last few months, leaving his daughter alone. He has just asked Lily when her father left, and she tries to distract… END_OF_DOCUMENT_TOKEN_TO_BE_REPLACED

Vain, book three of my historical romance series, is on the cusp of release. Today I’m going to share a short excerpt to introduce you to my heroine, Lily, who is the daughter of a tailor in Francia in the year 839.  BEGINNING OF EXCERPT Lily circled her father’s worktable, pondering the fine burgundy wool… END_OF_DOCUMENT_TOKEN_TO_BE_REPLACED

Coming March 14, 2013 A tailor’s abandoned daughter fashions a vain nobleman’s tunic, finding passion between the neckline and hem as misfortune forces her into his precarious aristocratic world. END_OF_DOCUMENT_TOKEN_TO_BE_REPLACED