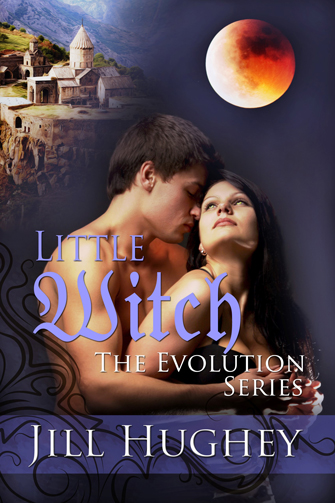 A vicious neighbor uses a series of coincidences to label Salena as the local moon-charmer and outcast in rural Francia. When Salena encounters her brother’s childhood friend, Nox, out on business for the Lord of Ribeauville, she worries he will accept the locals’ tales about her, especially since they relate to the death of his family a decade before. He is, instead, as charmed by her as she is by him.

Nox’s sympathy toward her evolves into affection in spite of his strict rule against close ties with people. Afraid to risk another loss like that of his youth, he abruptly ends their relationship, unaware that Salena has already been downtrodden by her father denying her request to venture farther out into the world.

A threat to Salena’s family prompts her to run away in the hopes of protecting them while forging a new path for her life. Too late, Nox discovers that she has also run away with his scarred heart.

This book has everything required to be a fanstic period romance. It’s historically accurate, well plotted, perfectly paced, believable, has great character development and is carefully foreshadowed without being predictable.

It’s also entertaining, emotionally stimulating and addresses moral and personal issues (prejudice on one side and personal grief on the other.) – M. Palmer

She was not sure she knew him.

People around here did not, as a rule, like her very much.

She and the stranger studied one another warily until his face broke into a tentative smile. “Salena?” he asked, as he rolled spryly to his feet.

Her breath hitched. The fact that he recognized and remembered her deserved some contemplation. She watched as he stepped down the hill to the road, brushing bits of crushed dry leaves from his cloak as he walked.

Perhaps he had heard the stories. Perhaps he had spent the last eleven years blaming her for making him an orphan, though he probably wouldn’t be smiling at her if he had.

He strode toward her and touched a large hand to his chest. “I am Nox, Grant’s old friend. You have to be Salena. No one else could have eyes like yours.”

She backed up a step, startled by his words and his aggressive approach. He stopped as he recognized her fear. His grin faded. A flash of hurt feelings chilled his pleasant brown eyes.

“I…I am sorry,” she stuttered. “I was not expecting to meet anyone and, at first, I did not recognize you.” Now that she did recognize him, she found the familiarity of his face somehow endearing. She finally recalled how to smile. “Hello, Nox. It is very nice to see you again.”

Her belated greeting pleased him. He scanned her from the top of her veiled head to the toes of her old shoes and back up again. “You have grown up.”

“So have you,” she said, glad she had worn the natural wool cloak that Firmina said made her face very pretty. She interpreted that to mean it made her eyes less shocking.

He flushed. “Are you out on an errand or for pleasure?”

“I’m on a walk. Grant has married and sometimes I feel like an extra piece of furniture at home,” she said, realizing too late that she probably sounded like a petulant child. “I like his wife very much,” she rushed on.

“Oh.” She wondered if they should have invited Nox to the wedding. His life was so entirely separate from theirs now that the idea had not occurred to any of them, to her knowledge. “His wife is called Firmina. She is the prettiest, smartest girl around.”

He smiled again, and she noticed a dashing cleft in his chin. “Grant would attract the best.”

She smirked at his teasing tone. “He was a trial as an older brother, but has grown into a good man,” she admitted. He asked about her parents and she assured him they were well also. Then they stood there, feet shifting awkwardly. “What brings you to your old home?” she asked, partly to keep the conversation going, and partly to feed her curiosity.

He glanced over his shoulder at the little cottage, apparently empty, its residents probably out working one of the fields of their manse. When he looked back at her, she sensed again a deep sadness in him despite the hint of a smile still intact on his face. “You have caught me stealing a moment away from my duties,” he said briskly. “I am bid by my lord to discover what I can about a property dispute.” He paused. “Why, it involves your father, doesn’t it? Your father and a neighbor named Artemas? Since the plot of ground is so close I thought I would have a look at my old place.” He turned again, unable to stop looking at his childhood home.

She stepped forward to get a better view. A memory teased her then clarified. Grant — just a boy then — was running down the path to the cottage, looking much as it did today, followed by Nox who was chased by his little brother, Diem. Diem stood a hand shorter but in every other way was an accurate reflection of Nox. Salena had trailed well behind, the smallest, youngest, and worst of all, a girl begging to be included. Nox and Diem’s mother had laughed from the doorway as the boys’ taunting hoots echoed from far away. She had waved at Salena, calling her in to give her a sweet ring of dried apple. “Do not worry,” she had whispered. “One day my boys will be following you, hoping for a hint of a smile.”

Though normally hardened against people and memories, Salena thought she might burst into tears. She wished she could place the memory in time. All she knew for certain was that it had happened before. Before neighbors accused her of sickening people with her anger and killing people she had liked.