Today I welcome Forbes Arnone to First Sight Saturday with her new release In My Mother’s Footsteps. 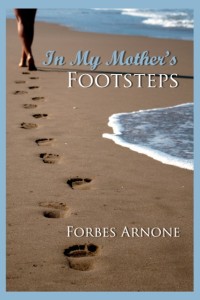 Here is the setup for her first meeting scene:
Anela Alborn’s life is a lie. After growing up without the love of a father, her mother reveals his identity. Tragedy strikes and she sets off on an adventure that leads to more than she could ever imagine. Bumping into Christian Sivers distracts her from the real man of her dreams, her father. Will he live up to her dreams? And does she follow in her mother’s footsteps?