Each Saturday, a guest author entertains us here with a first meeting scene – that moment when the sparks start to fly and anything is possible. Today, I welcome fellow Love Historical’s author Sydney Jane Baily who claims to be slightly psychic, at least where color is concerned. This is her fun fact: “If you hold a handful of items of different colors, say crayons or ribbons, and you choose one and concentrate hard on that one color, I can see it (or guess it) with my eyes closed with a fairly high rate of success. Psychic super-heroine? Maybe, but it’s a rather useless super-power in my humble opinion! Unless I am called on to defuse a bomb and need someone to telepathically tell me which color wire to cut.”

Now, let’s move on to some red sparks with an excerpt from Sydney’s Americana romance An Irresistible Temptation. 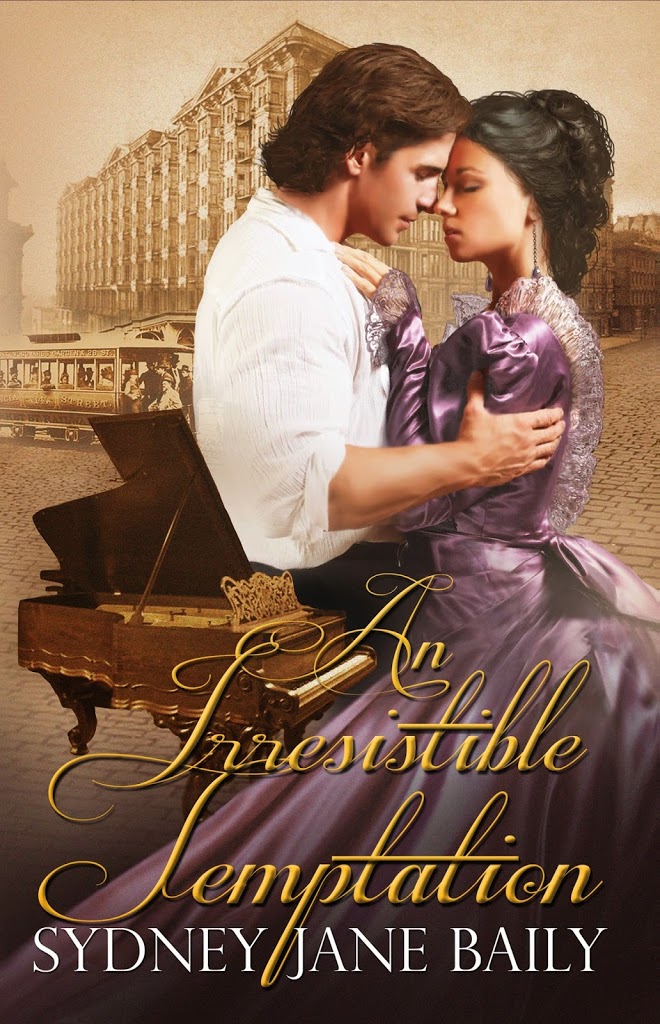