If you’ve been following my series of posts on Life Lessons from High School Football, you know that my husband and I are very committed to supporting our two boys in their athletic endeavors. (We are also quite “supportive” of their academic efforts, but no one wants to read blog posts about arguments over math grades.) 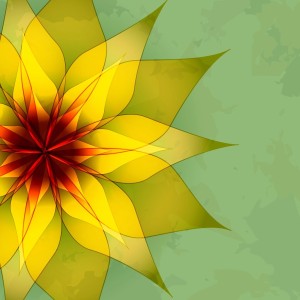 I had to miss the varsity football game on Friday night due to a rehearsal for a Sunday performance in which I sang a Handel aria and a Vivaldi duet. I felt bad about missing the game though I’m pretty sure my son didn’t care. Turns out, it was a terrible game to miss and it was a good thing I wasn’t there. I say the first part because our wide receiver son had a stellar night, with three receptions for 126 yards and three touchdowns. I say it was a good thing I wasn’t there because I would have been screaming my head off, and, as we established in last week’s cowbell post, yelling is very bad for singers.

I didn’t know about his personal success in the game as it was happening. All I knew was that our team was losing by roughly one touchdown for the whole second half. When I wasn’t singing, I was trying to unobtrusively refresh my smart-phone’s browser to keep up with the score, continuing to do so on my laptop when I got home. I’ll admit I succumbed to cheering to the empty house when the score again ratcheted up. Unfortunately, our team lost 32-40, but their continued elevation of performance made it feel like success to us.

Did I feel horribly guilty, not being there for his triumphs and to support the team in their continued struggle?

Not really. My rehearsal was important, too. I’ve been training my voice for eight years and this was an opportunity to reach a new audience in a somewhat higher caliber event than I’d been in before.

It was also a new kind of exciting to follow the barest data of the game from a distance. Of course I had a burst of disappointment when I saw the final score. Then hubbie called to say that, despite that score, our son and his QB had had a breakout passing game. Then I got to hear more detail from the wide receiver himself! Quite frankly, I enjoyed the separation in time and space because I find it very stressful to watch both boys’ games, as though I bear some kind of responsibility for the outcome. (NOT!) I also find performing in public stressful, so deleting the Friday night game was probably a good call for my nerves.

My Sunday performance went really well, and my son skipped it, so I guess we’re even.  I did watch the video of his game but he hasn’t watched the video of my aria. Go figure.

This week’s lesson from football is to give yourself permission to support your own joys and endeavors. Obviously, as a parent, our best efforts should be directed toward giving our children positive attention at every possible opportunity. Sometimes valid conflicts exist, and it is okay at those times to say “This hour or this day has to be for me.”

If you want to read through the other lessons I’ve learned from the ups and downs of our football season, you can start the blog series with Filling the Gaps.