I enjoyed Elizabeth Gaskell’s North and South so much that I wrote a free sequel I am releasing as a serial. You have found Chapter 4. If you need to start at the beginning, follow this link to Chapter 1.

The late afternoon hour demanded John return Margaret home. With both of them still floating in the clouds, they had not discussed their future in any solid terms. He had much to set in motion at the mill, and to do that he must hurry to catch the evening train, yet he could hardly think of anything except he did not know when he would see Margaret again. They stood on the doorstep. He kissed her fingers. Her face had gone pale and he recognized in her countenance the panic he felt rising within himself.
“I will check dates at the church,” he promised.
She nodded like a brave child being abandoned at an orphanage. He left her there. He had not gotten far before he turned to look back. He sighed at the sight of her exactly where he’d left her, hands curled around the balustrade, the butler waiting in confusion by the open door.
He walked back to her. “This will not do,” he murmured, bending the rules of society to brush a kiss on her lips. “I will take a room here in London for the night and call on you in the morning. If you will be receiving.”
“Oh, Mr. Thornton,” she cried, further stretching the bounds of propriety by throwing her arms around his neck, just as she had on the day of the riot.
He smiled into the scratchy straw of her bonnet. “We still have much to discuss. For example, do you think you might begin to call me John? It is a hard thing when a woman uses her barrister’s Christian name, but not her betrothed’s.”
When he walked away the second time, he felt much more at ease, more right with the world than he had for months. Today, Miss Margaret Hale had agreed to become Mrs. John Thornton, making him the happiest man in all creation. Marlborough Mills would be resurrected, making him the most purposeful man in all of England. Suddenly, the two halves of his existence, the two objects he orbited that had been drifting farther and farther beyond his reach, had drawn unexpectedly closer, ready for his willing, eager attentions.
By the time he registered again at the hotel he had vacated this morning, the letter to his mother was completely composed in his mind, ready to be penned and posted tonight. 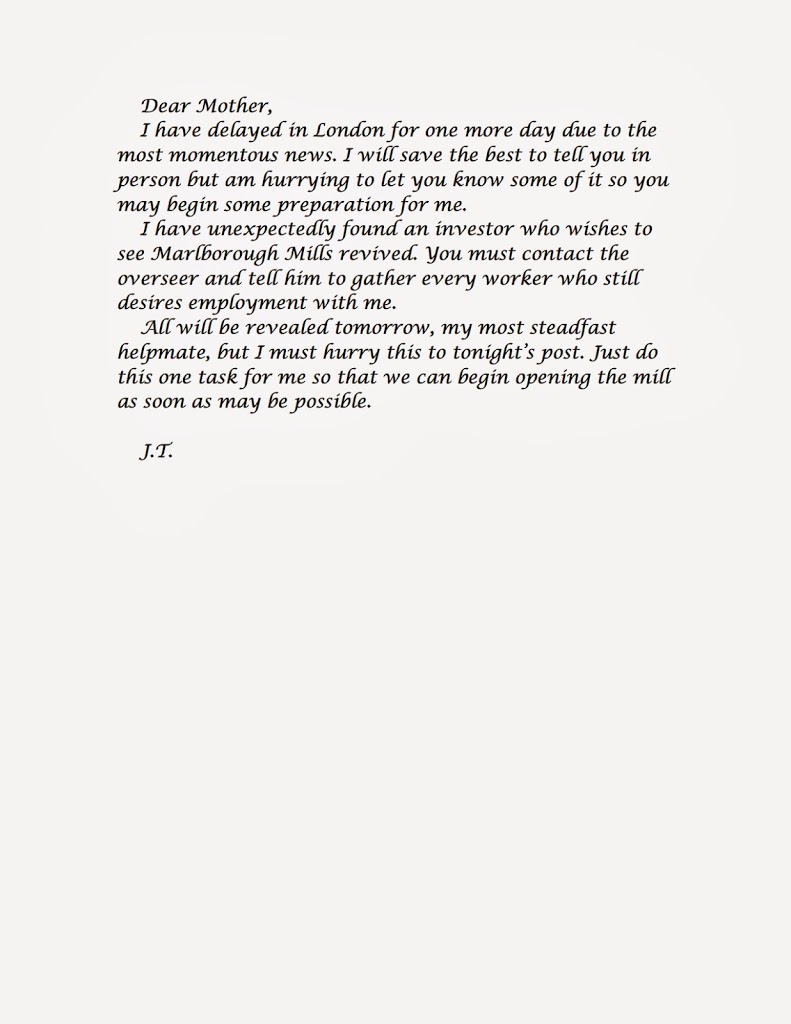 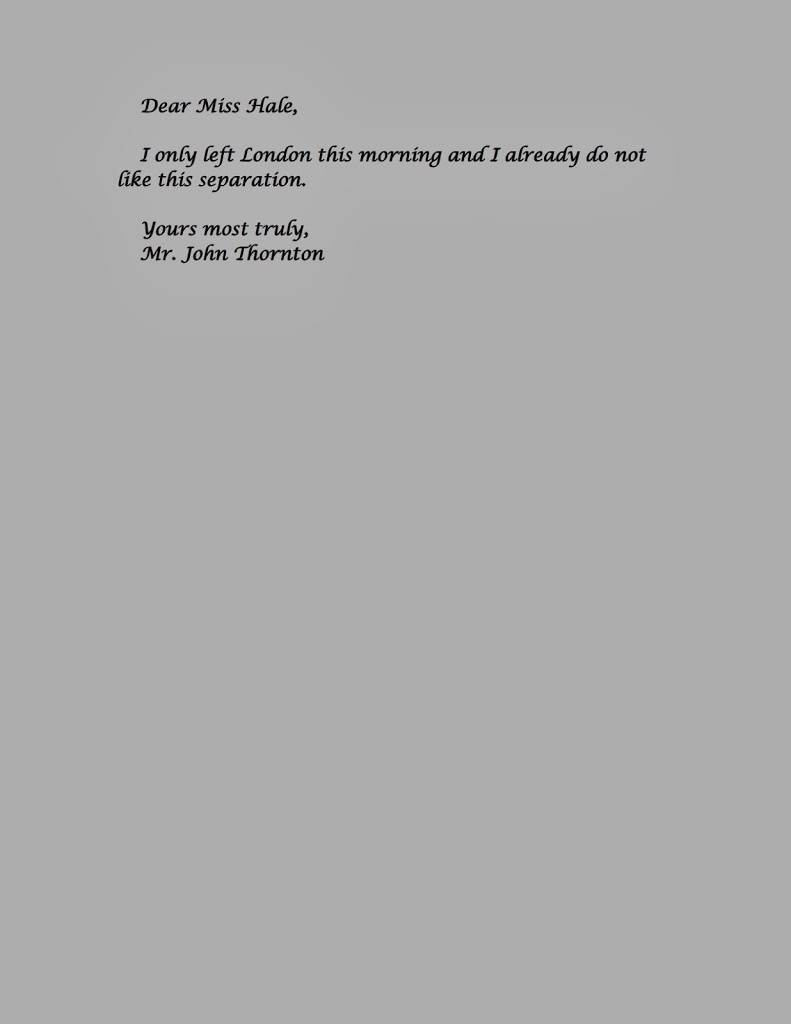 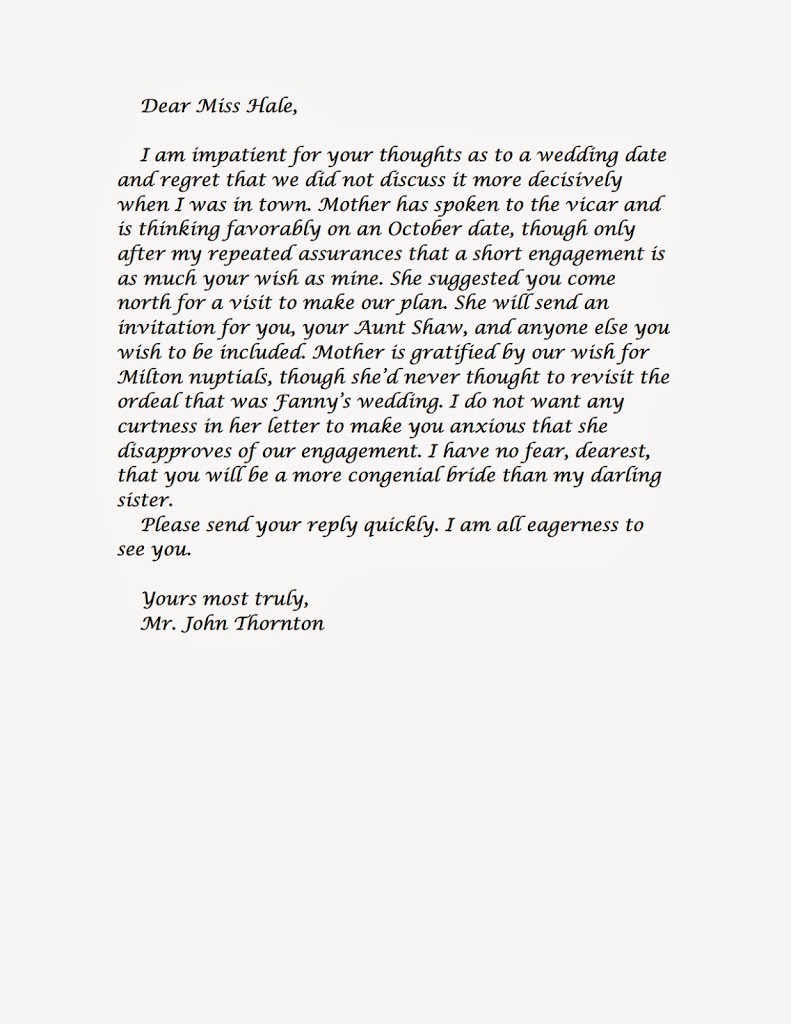 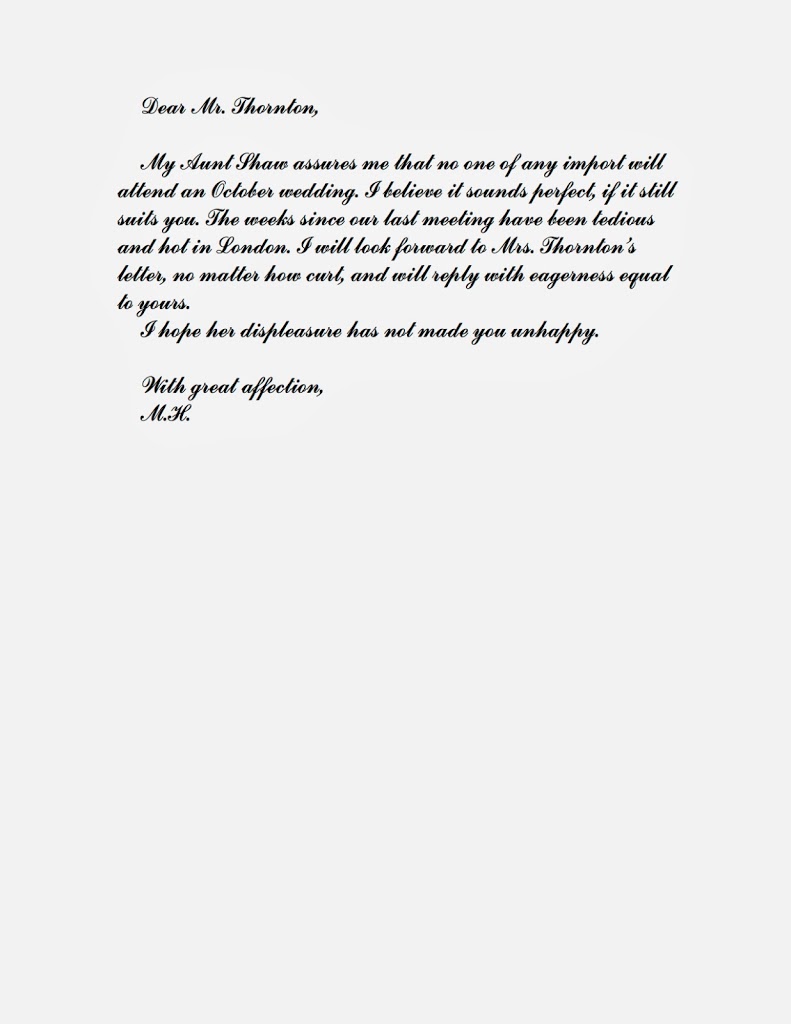 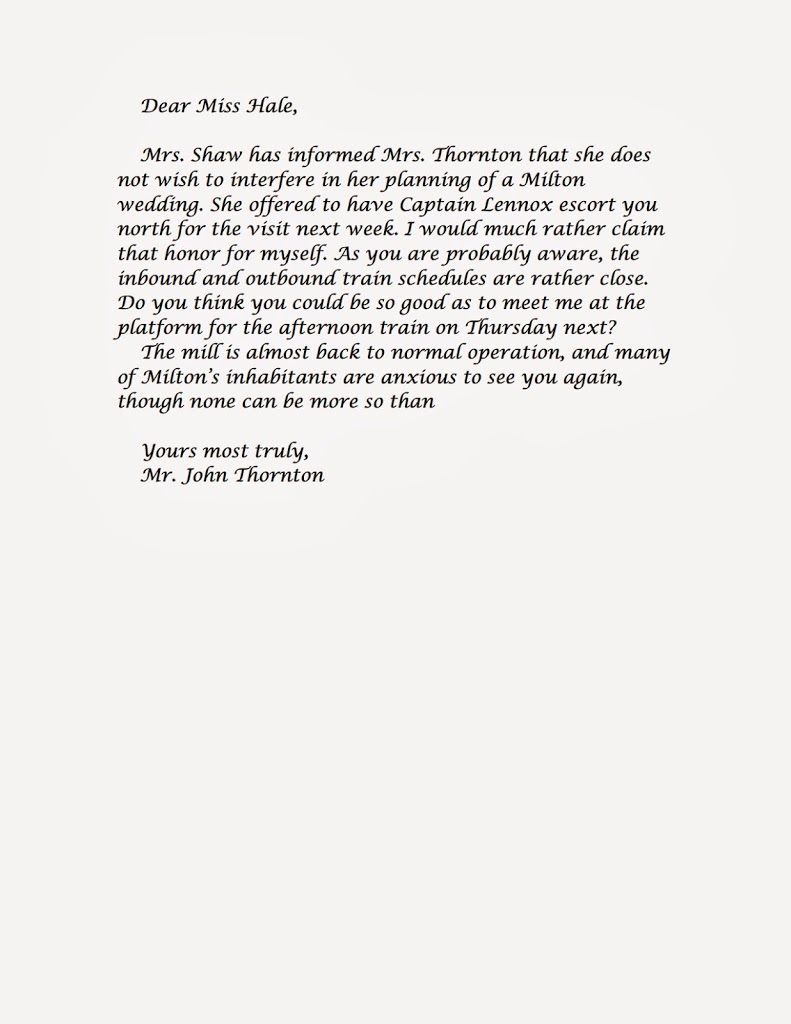